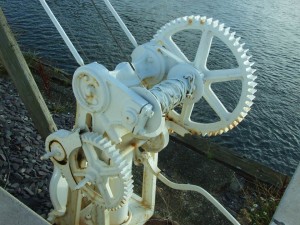 In his thoughtful commentary “Economic Origins & the Pendulum Shift”, Chris Houston observes that we are entering a period where businesses will become socially balanced or socially optimized, rather than pure profit maximizing creatures of rational economics. This would be a significantly different state of affairs than we have become accustomed to. If such a change is to  be durable and lasting, there must be significant new underlying forces at play in the global economy.

Chris calls his observation a pendulum shift. If this is so, then one might argue that the last time the pendulum entered a similar period was in the ‘60’s. For all of its notoriety and clamor, the ‘60’s social revolution was a short interval, bridging the postwar WWII economic boom into the ‘Greed is Good’ ‘80’s. Despite some notable landmark achievements, such as the Civil Rights Act, the pendulum spent remarkably little time in the social quadrant, before returning to the domain of profit optimization. The reasons are instructive.

Humans have the unique capability among species to make rational tradeoffs and judgments in order to maximize their well-being. Economics attempts to analyze interactive systems of tradeoffs made by individuals and groups. Selection amongst alternatives is based upon value, real and/or perceived benefits balanced against cost. Individual purchase decisions are made after assessing which smartphone, or car, or coat best meets my needs, within my means. Businesses organize to create goods and services that offer maximum value to the widest range of potential customers. Those that do so best and with greatest efficiency, are rewarded with high profits. In turn, investors are drawn to own profitable companies that offer high returns. All of this occurs billions of times, continuously, within a system of rules that form a marketplace. Nothing stunning here, simply Economics 101.

Things become a bit more interesting when a business decides to become socially balanced, to solve social problems as part of its value creating mix of activities. Resources are always finite, so a tradeoff must be made between investment to optimize the firm’s product line and the social objectives that it deems important. Will the firm be rewarded for its tradeoff?  Will the firm’s customers recognize its contribution to the greater good or continue to choose products based purely upon on the narrower dimension of best fit to their needs?

Generally, the problem is that social responsibility is not well priced into economic decision making in real markets, often falling into the realm of externalities. My favorite definition of an externality is from Investopedia’s website, “a consequence of an economic activity that is experienced by unrelated third parties.”  A business is directly rewarded for creating highly valued products but not for creating improved social outcomes. Furthermore, it is often not penalized for making tradeoffs that may harm the greater good. Examples of negative externalities abound. Methane is the emerging fuel of choice for power plants, because it is inexpensive and does not generate particulate pollution. It is not without environmental impact, however. The effects of CO2 emissions and environmental damage from extraction by hydraulic fracturing are externalities, not priced into direct fuel cost.

When social issues, as externalities, reach a level of significant consensus, society as a whole may decide to take action, in the form of government regulation. In the ‘70’s, automotive emissions limits and fuel economy standards were enacted into law. No automaker on their own had any incentive to unilaterally take on these issues, thereby incurring the near term costs and performance tradeoffs that would ensue. Society, collectively, wanted cleaner air and more fuel efficient transportation and decided to pay the price.

It is hard to read an annual report without seeing a glowing CSER statement, promoting the company’s efforts to maximize benefits from its environmental and social programs. Though this is generally thought of as a desirable evolution, its origins were not due to corporate altruism. Product end of life recycling came from legislative mandate. Diversity received a strong push from affirmative action laws. These are demonstrations that social change often requires resetting the marketplace playfield. Then, companies are free to innovate how to best achieve society’s broader objectives.

The mechanism matters. The marketplace is a powerful place within which people make countless tradeoffs. Achieving social balance requires society’s broader aims to be properly priced into the value equation. Collective action to promulgate social aims is messy, however. Sufficient consensus is often tough to achieve and sustain. Thus, we often observe progress in small spurts, rather than sustained waves.

As Chris points out, our situation is becoming more urgent.  Over the past 50 years, we have created an enormous pile of social, environmental, and financial debt. 2008’s mortgage backed security crisis illuminated inadequacy of checks and balances relied upon to keep egregious and destructive behavior from producing dangerous distortions in the system. Government, the primary means by which collective social action can be taken, is increasingly gridlocked, a victim of polarizing politics and beholden to special interests. Violent conflict between opposed social-religious systems further disturbs the economic playfield.

Observed through this lens, the outlook appears grim. On the positive side, a more balanced conversation is underway and small scale pockets of change can be observed. As is usual in a democracy, at some point, urgency will break the gridlock and permit major action to be taken. We should be concerned about pace—the mismatch between the ponderous process of reform compared to the increasing speed with which our debts are accumulating. Will we act fast enough to mitigate the problems and begin to reverse the societal damage?  Will new enabling marketplace mechanisms allow the pendulum to remain in the ‘socially balanced’ quadrant for long enough to matter? These are some of the most important questions for our times.